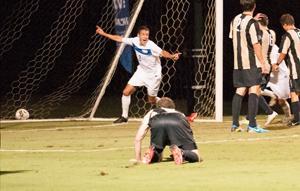 The FIFA 2014 World Cup is upon us and the greatest and most watched sporting event in the world is here. Soccer fans everywhere will be gathering to watch some of the most talented and gifted athletes in the world play “the beautiful game” on the most exciting stage in sports.

For many of these athletes, Chiropractic has played an important role in their training to achieve peak performance levels and as a part of their lifestyle.

According to Dr. Mike Foudy of Mission Viejo, CA, team chiropractor for the Women’s World Cup Championship Team in 1994, “all but one member of the team received regular chiropractic care during their training and on the days of their matches. Chiropractic adjustments balanced their spine, removed nerve pressure and optimized the function of their bodies. All the players felt like they healed quicker from injuries and that the care gave them a competitive edge.”

Famous athletes in every sport have made chiropractic care a regular part of their training, including NFL greats Jerry Rice, Emmitt Smith and Roger Craig. Dr. Eric Plasker, author of the #1 Best Selling, The 100 Year Lifestyle Workout, was the chiropractor for one of the top youth soccer teams in the nation.

During a winning streak that led to a National Championship, Dr. Plasker said, “The team receives adjustments prior to games. During tournament weekends, while the other teams are scrambling to change their lineups due to injuries, our team bounces back fast and brings an energetic advantage to championship games. The players and coach agree that chiropractic care helps them compete at the highest level and avoid injuries.”

For soccer players and for athletes of all ages, there are three components to maximizing your performance and fitness levels that will help you get your ESS in Shape. All three components of the ESS are crucial for any athlete who wants to heal quickly function and at their highest level and participate throughout their lifetime.

E stands for Endurance. Cardiovascular fitness and is necessary to have a healthy heart and stamina during games. The first S stands for Strength. Athletes who are physically strong can get the competitive edge over others. The second S stands for Structure which means having a healthy spine and nervous system.

Unfortunately, too many athletes have their ESS out of balance, focusing on one or two of the components of the ESS rather than all three. This imbalance keeps athletes from reaching peak performance levels and can also lead to injuries.

Soccer players must pay particular attention to the balance of their ESS, especially their structure, spine and nervous system. Repetitive twisting on the lower back and hips while kicking the ball can lead to misalignments that put pressure on the nerves. This may cause immediate symptoms such as back, hip, leg, knee, ankle or foot pain, or it may lie dormant and asymptomatic until “the straw breaks the camel’s back.” As time goes on, these imbalances can make an athlete slower and weaker, diminishing the strength of their kick.

Locating these spinal subluxations can be done by a chiropractic examination. During this World Cup season, treat yourself like many of the pros do and schedule a chiropractic appointment. You will get a big kick out of the care.