Dr. Mike received his Doctorate from Palmer College of Chiropractic in 1974 after undergraduate work at Vanderbilt and the University of California. He and his wife, Dr. Pat, have pioneered LightForce® Adjusting Technique and Dr. Mike has taught it as part of the post-graduate faculty at Life Chiropractic College. He currently serves as Chairman of the Board of the 5000 member International Chiropractors Association. 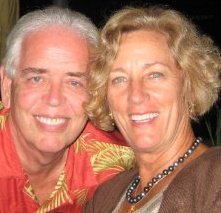 Dr. Pat earned her Doctorate from Life College of Chiropractic in 1984 after undergraduate work at Old Dominion University. Together with her husband, Dr. Mike, they have developed the LightForce® Chiropractic Technique and LightForce Corrective Care, a new approach to chronic recurring problems. Dr. Pat was a cofounder of the Virginia Society of Chiropractic and was selected as Virginia Chiropractor of the Year in 2002. She has served on the Board of the Life Foundation and on the Representative Assembly of the International Chiropractors Association. She is a nationally-recognized authority on Chiropractic, Wellness, and Cold Laser.

Dr. Pat is a lifelong resident of the Virginia Beach area. She is an avid tennis player and has played on four teams which have won National Championships. She and Dr. Mike have lived in the North End since 1980; they have five children, two of whom are Chiropractors as well.

Dr. Beth graduated from in 2015 Life Chiropractic College in Atlanta, GA with honors. She practiced with Dr. Pat in Maui until 2018 when she returned to Virginia Beach to continue practicing with Dr. Mike. Dr. Beth McLean has been under chiropractic care her whole life. The daughter of two chiropractors, she was raised with a holistic approach to health and vitality from a young age. She is a LightForce® Chiropractic doctor who was trained in AK, Activator and BGI in school.